Devotion to Our Lady of Sorrows became a standard devotion in the Church around the 14th century. It was revealed to St. Bridget of Sweden (1303-1373) that devotion to the Blessed Virgin Mary's Seven Sorrows would bring great signal graces. The devotion consists of praying seven Hail Mary’s while meditating on the Seven Sorrows of Mary.

Mary, in a unique way, willingly suffered alongside her Divine Son as he gave his life to save the world, and she felt the bitterness of his passion as only a mother can. This devotion is especially remembered during September, the Month of Our Lady of Sorrows (the feast of Our Lady of Sorrows is September 15th), and during the season of Lent.

Fr. John shares his Lenten class from 2008 again this year for our Lenten conference. Five 80-minute conferences will be made available for you during which Fr. John discusses and shares the Seven Sorrows of Mary and the significance they have in our life of Faith.

In the fourth conference, Fr. John shares the power of maternal love and the affection of a son for His mother. This relationship has developed to the point of Jesus’ now acknowledging Mary’s suffering as the full emptying of herself for the mission that is at hand: “To make things new” and to bring eternal life for all those who embrace the Cross. While Simon helps carry the cross and Veronica wipes the face of the Lord, Mary aids Jesus with the determination to complete what was planned from the time of Mary’s Fiat to the Angel Gabriel.  These mediations help us to prepare for the final offering and sharing in Maryrdom.

Audio CDs are also available for pickup in the narthex of the church. 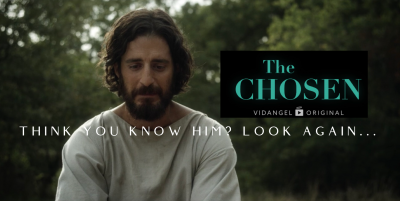 The Chosen WELCOME TO THE FIRST-EVER MULTI-SEASON SERIES ABOUT THE LIFE OF CHRIST. THE FREE SHOW TENS OF MILLIONS OF PEOPLE WON’T STOP TALKING ABOUT. Coming this October for all men and women of the parish sponsored by the Immaculata Mens Group and Immaculata Womens Group. The Chosen TV series[...]
View Calendar