Today’s memorial is dedicated to the First Holy Martyrs of the Holy Roman Church. This feast was created with the reform of the General Calendar in 1969 celebrating the nameless men and women who were martyred during Nero’s despotic reign. The intention of the reform is to give a general instead of an individualized celebration of dozens of these martyrs; thereby allowing now, ferial days or Proper of Time to take greater precedence. However, all of the early Roman martyrs retain their place in the Martyrology and can still be celebrated in local calendars or privately, unless impeded by a greater observance.

In July of A.D. 64, more than half of Rome was destroyed by fire. Rumor blamed the tragedy on Nero, who wanted to enlarge his palace. He shifted the blame by accusing the Christians. According to the historian Tacitus, a "great multitude" of Christians were put to death because of their "hatred of the human race." Peter and Paul were probably among the victims.

It is said that “Wherever the Good News of Jesus was preached, it met the same opposition as Jesus did, and many of those who began to follow him shared his suffering and death.” But why despite the impending persecution, were there still so many who wish to follow Him? There must be something more than what meets the eye here. Jesus is no ordinary man. As the gospel today relates: They were amazed and said, “What sort of man is this, whom even the winds and the sea obey?” And many were attracted to follow Him. But Jesus did not hide to us the ultimate demand of discipleship - to walk by the way of the cross.

And know that, it is the martyrdom of Jesus that reveals more clearly the intensity of His love and His desire to save us all. It was by His death that the power of resurrection was manifested in all its boldness to vindicate the truth. There is no Christ without the cross. There is no Christianity without martyrdom. We may not die today like the martyrs, but at some point, in our following the Lord, we will undergo little martyrdoms every day. Be it by forgetting sometimes our own happiness for the sake of our loved ones, or attending to the needs of our neighbors - the poor and the homeless, the vulnerable and the voiceless - despite some discomforts it brings, or simply standing for the truth of the gospel no matter how unpopular our position maybe. The modern church flourishes by its acts of charity and sacrifices in the same manner that the blood of martyrs has always been, and will always be, the seed of Christians. 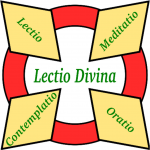 Because of COVID-19, our normal Saturday and Sunday morning Immaculata Men’s Group and Immaculata Women’s Group have been put on hold. With the number of people who can gather and the very nature of our group discussion format, we are waiting until January to resume. But in the meantime, we[...]
Oct
28
Wed
6:00 pm Wednesday Evening Prayer @ Immaculate Conception Church
Wednesday Evening Prayer @ Immaculate Conception Church
Oct 28 @ 6:00 pm – 7:30 pm
Each month, on the last Wednesday of the month, please join your fellow parishioners for Wednesday Evening Prayer. At 6 p.m. we will have Adoration of the Blessed Sacrament and will finish with Benediction at 7 p.m. After Benediction, we will pray the rosary as a parish family. Stop by[...]
Oct
31
Sat
6:45 am Lectio Divina @ Our Lady's Plaza
Lectio Divina @ Our Lady's Plaza
Oct 31 @ 6:45 am – 7:45 am

The Life Chain is a quiet and peaceful protest to the legalized abortion law and the death of the unborn. We will line up along Pennsylvania Ave in front of Queen of Angels School to pray, witness and silently speak with our signs to end abortion. This event is a[...]
View Calendar